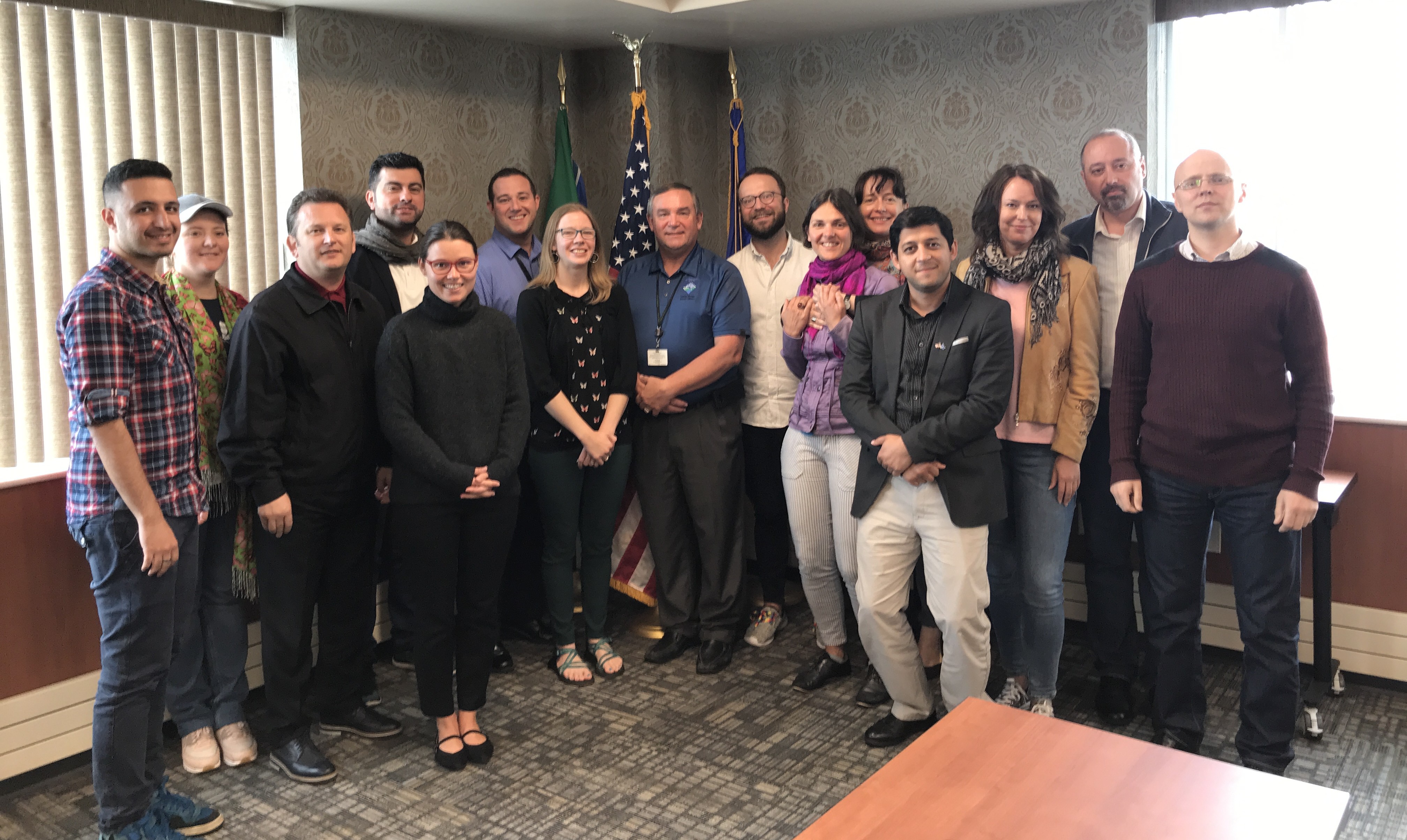 Can you picture yourself in this scene? It’s a warm summer day, but dark clouds are rolling in. Outside, Somali kids are playing a game of soccer when the tornado sirens go off. You head inside but notice that the children are still engrossed in their game, seemingly unaware of the danger and the siren’s unspoken message to take shelter. Concerned for their safety, you call 911. The Mankato Police Department was hearing regularly from the community about concerns just like this and wondered if there was a way to help community members engage with neighbors in situations like this, rather than viewing them as a police concern. For example, a neighbor might have chosen to let the children or their parents know what a tornado siren means and encouraged them to go inside, rather than calling 911. This effort to build community helped lead them to create the Tapestry Project with MCC Refugee Services and Lloyd Management. The model has been so successful that the Mankato Police Department received the International Association of Chiefs of Police award for Community Policing in 2013. They’ve also received international attention from various international delegations that have come to Mankato to learn more about how to embrace and respond to changing communities. This summer, MCC Refugee Services Mankato and Mankato Public Safety hosted their second delegation of European officials who travelled to Minnesota through International Visitor Leadership Program (IVLP). The IVLP is a program that was established in the 1940s as a diplomatic program to advance foreign policy. Conducted by the State Department, participants in the program must be nominated by US Embassies in their country who have identified them as emerging leaders. Delegates in this program are chosen based on the theme of the trip and they typically visit 3-4 diverse communities on their trip. This year’s delegation was focused on Advancing Minority Rights and they traveled to Washington DC, Montgomery, AL, Minneapolis and Mankato, and Albuquerque, NM.  The Minnesota portion of their trip was coordinated by Global Minnesota. Global Minnesota facilitates 4-6 of these trips per month, hosting about over 400 delegates each year. The delegates spent time with the Mankato Department of Public Safety and MCC’s Nancy Altmann to learn about the ways in which Tapestry and other initiatives have helped build community with the growing refugee populations in Mankato. MCC’s Nancy Altmann spoke about the commonalities these delegates from 12 European nations shared with Mankato as they all seek to find ways to better respond to the global flow of people across national borders. Finding ways to blend existing communities and new families in ways that strengthen the whole community are vital. Nancy recalled feeling a bit intimidated by the lengthy credentials held by each of the delegates, but found that they were very impressed by the success of MCC’s Tapestry Project and wondered how they might implement similar programs in their own communities. As Nancy shared, it is not possible to simply replicate Tapestry in every community because the wholehearted involvement of community partners (like Public Safety, major landlord companies, and local counties) is what has made Tapestry the program it is. She hopes, though, that these individuals took away principles that will enable them to build the kinds of coalitions that will be right for their communities.